Last year was our first GVH Costume Contest and the beginning of the Gilbertsville Veterinary Hospital Facebook Page.  We were so lucky to have many clients and their pets participate.  We thought it would be fun to take a look back at some of last year’s participants… 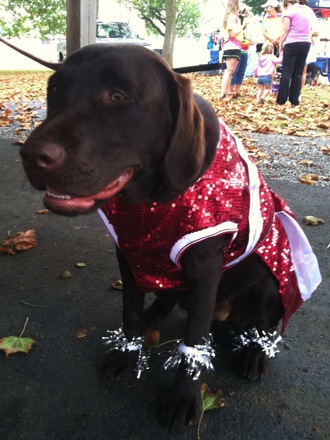 Not only was “Zoey” a hit in her costume, she also raised over $200 for the American Cancer Society at the Boyertown Bark for Life! 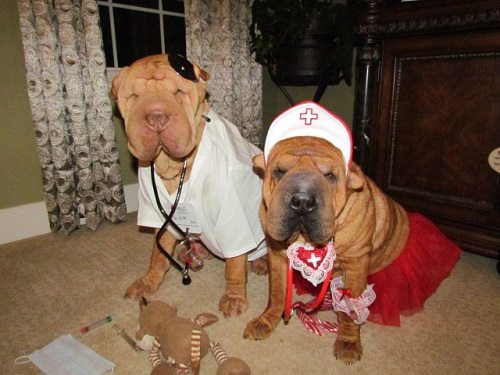 Who can forget Doctor Miso and Nurse Mooshu – they were such a hit online! 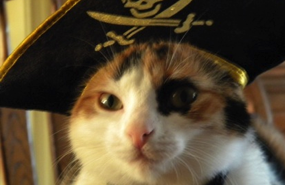 Smudge the Pirate was last year’s cat winner for best costume!! He shared his basket of goodies with Captain Smiley! 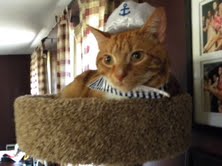 Captain Smiley was a close 2nd and got to share in all of the goodies with the pirate! 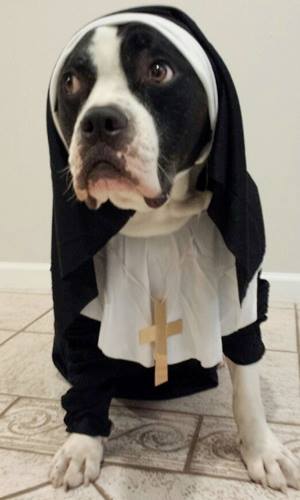 Our very own “Sister Mary Grace” Hanlon.  Dr. Hanlon is so proud of her!

Dexter displayed his costume well and was so close to winning the basket.

Kai looked great in his costume and has moved on to the GVH website, like so many other pets of GVH.  Check him out!

Who would guess that a lobster and a giraffe would become best friends? Pooh Bear and Pepi la roo are 4 months apart and love each other like brothers! 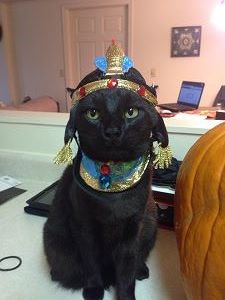 Zackary was one of the quirkiest pharaohs and a Facebook favorite.  According to his mom he thinks he is the cat’s meow! 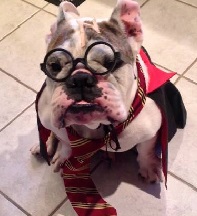 Who can forget “Tank” last year’s canine winner!  Harry Potter does not have anything on him!