No Shave November at GVH 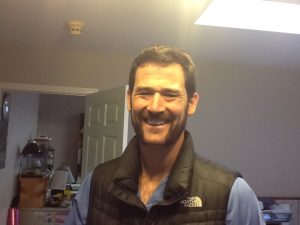 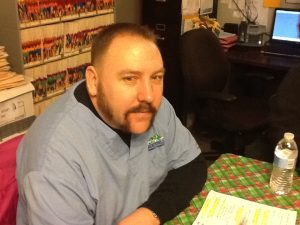 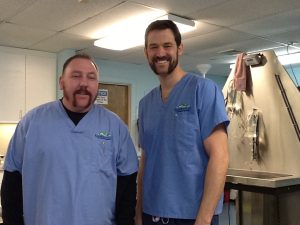 You may have noticed while visiting Gilbertsville Veterinary Hospital this November that three members of our team – Dr. Smith, Todd – Director of Operations, and Dr. Coniglario – decided to embrace their facial hair in support of No Shave November.  The three facially furry men participated in the annual event sponsored by the American Cancer Society which brings awareness to the fight against cancer.  Participants are encouraged to donate money they normally would spend on grooming items and services over the month to a cancer charity instead. GVH’s three furry faced men decided to donate to the University of PA Ryan Veterinary Hospital Cancer Research.

The three facially fruitful men were excited to participate and compete against each other to hold the title of Captain Furry Face. I had the pleasure to talk to all three men about their experience during No Shave November.

Dr. Coniglario “I decided to participate even though I knew my beard growing abilities are lacking. I thought it would be fun and in the past I have enjoyed growing facial hair during the winter months.”

Dr. Smith “The best part was when food would get stuck, then I had a snack for later.”

Todd: Why Did you participate? “When else are you allowed not to shave for a full month at work!!!! After seeing so many people participate on the human side, I thought I could do my little part to help our four legged friends”.

What did your wife/family think? “They thought it was a great idea, and fun way to bring raise awareness.”

Were you happy with your beard? “Yes, it was a lot of fun when it came time for the shave off. Although I was a little upset with the amount of gray that my wife kindly pointed out in my beard!!! The whole experience was fun and I look forward to next November to let it grow!!”

On December 8th all three men picked up their razors again and had a shave off to see who could have the most epic facial hair style. Because of the awesomeness of the three men’s facial furriness we decided to appoint all three the title of Captain Furry Face. All three men should be proud of their facial hair achievements and the money they raised for The University of Pennsylvania Matthew Ryan Veterinary Hospital Cancer Research Center. They all grew glorious beards any Viking would be proud of.