We had the opportunity to ask one of our clients, Brad Derstine, to share his dog, Rusty’s, weight loss success!! Here are Brad’s answers to questions about his and Rusty’s journey toward weight loss success and a healthier life.

Q:  What’s Rusty’s story…..when did you adopt him?

Q: How old is Rusty?

Q:  How did you find out Rusty was overweight? How did it feel to hear this?

A:  During Rusty’s wellness exam with Dr. Smith, I was educated on the importance of keeping Rusty in a healthy weight range.  I was then informed that Rusty was very overweight and needed to come down. I was disappointed, but I knew he was getting a little “husky”. 🙂

Q:  Prior to being told this, did you think Rusty was over weight?

A: I knew he had a few extra pounds but I wasn’t sure what a proper weight was for him.  I was feeding him varying types of dog foods, whatever was cheapest at the time, and then adding in food scraps and leftovers from my meals. I knew he was getting unhealthy, but he looked so happy eating it, he used his charm to get extra food from me whenever he wanted it.  I had a hard time saying no to him.

Q:  What was the feeding plan established to help support Rusty’s weight loss?

A:  During our first appointment with Dr Smith, I was given a welcome bag and inside was a leash, some pamphlets, and two measuring cups. Dr Smith explained what a proper diet should look like, (controlled calorie intake, limited table scraps and treats) after finding a steady food the dogs liked, I stuck with it.  I began measuring their meals instead of just filling the food bowls.  Rusty now only eats a controlled amount of food once a day, with limited treats and table scraps.  His diet consist of 2 cups of dry food, and half a can of soft food mixed in.  Rusty’s brother Lobo is a picky eater and likes the canned food.  What I give one dog I must give the other so they both get some canned dog food.   When I first started Rusty on his diet, we were more aggressively trying to cut down his weight, so he received less dry food.  We incorporated more walks into our routine to help get him down to a healthy weight.  We now maintain Rusty’s weight by continuing his diet and exercise plan.

Q:  Was it difficult to stick to the new feeding plan?

A:  I had to retrain myself, removing table scraps from his diet was difficult for both of us to get used to.  I allowed the dogs to manipulate me, giving into sad eyes while I was eating, for me this was the hardest part. My other big mistake was blindly filling the food bowls and not watching what the dogs were eating. The smaller dog would eat till he was full then walk away, then Rusty would finish his food. By measuring both dog’s food and ensuring neither is eating more than they are given, I’ve been able to get Rusty’s weight back under control. He eats only his food, and the occasional pizza crusts.

Q: Did you struggle with feeling guilty about not giving in to treats or excess food?

A:  At first it was difficult for me to stick to the plan and change our routine.  After a couple of recheck visits with Dr. Smith, positive feedback and results on the scale it became much easier.  I knew I was ultimately doing what was best for my dogs.

Q:  When did you start noticing a difference?

A:  I didn’t notice much of a difference until one recheck when Rusty got on the scale and he had dropped 6 to 7 pounds. It has been a few months now and it is so rewarding to see his progress.  He still does not enjoy getting on the scale, but I really can’t blame him, neither do I!

Q:  What was Rusty’s original weight and what does he weigh now?

Q: What improvements have you noticed overall following the weight loss?

A:  Rusty’s overall energy level is higher, he now enjoys going for walks, doesn’t pant as much and now likes being outside.  His walking durations have also gotten longer, so it is helping me too!

Q:  What advice would you have for pet parents struggling to maintain a pets’ weight?

A:  It begins and ends with diet and exercise. My biggest regret was the excessive amount of people food I was giving them, and how much it was negatively impacting their health.  Find a quality diet that your pets enjoy, then stick to the routine/portion control.  When they seem hungry don’t give in to their sad eyes.  If you have multiple pets you may have to watch them eat for the first few months to ensure that they are only eating their own food.  Pick their food bowls up when they are finished or walk away from their food.  Exercise is the other key to success.  We were taking short walks, so they could both go to the bathroom but it was for necessity not for exercise.  I would advise to start with a longer walk each day that is for exercise and not just necessity.

Splooting: A Definition and Analysis 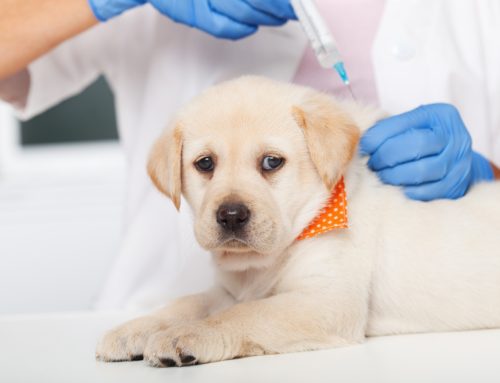 The High Cost of Skipping Your Pet’s Vaccinations