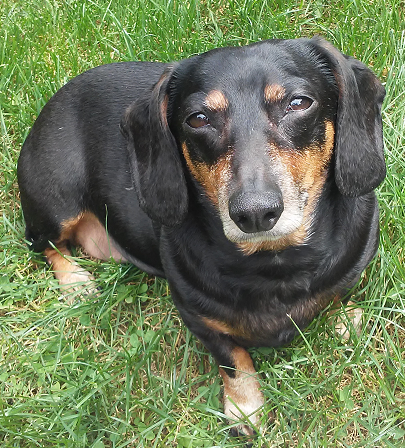 I have an adorable 9 year old spayed, dachshund named Frankie.  She, as most dachshunds, can be mischievous. Occasionally, she makes decisions that are not in her best interest.

Shortly before Easter 2017 my sister and her son were visiting.  They decided to go to a local chocolate company for some Easter goodies.  My sister informed my nephew that he was only allowed to have one candy before dinner and the rest should go on the counter.  I was working, and my spouse and sister were making dinner; just enough time for dear Frankie to find her way to the back of the couch, walk on the kitchen pass through to the counter and steal the bag of chocolates.

“Whoa! That is quite the list of treats for a little lady”.

Yes, those were my thoughts too when I received the call.  I instructed them to bring Frankie over immediately so we could induce vomiting.  The ingestion took place about 5:30 in the evening and they were able to get her to us by 6:00.  Dr Arms was working that evening and administered a medication that induced the vomiting.  Within seconds my little Frankie was regretting her decision.  She produced copious amounts of chocolate vomit.  After the vomiting had stopped, we administered Cerenia – a medication to help alleviate nausea – and some subcutaneous fluids to help with hydration.  Dr. Arms advised that we should watch for any signs of gastrointestinal upset, but was confident that we had caught the incident within a good time frame.

As the holiday season approaches, with lots of  treats; here are some fun facts about why they can be bad for our pets.  Chocolate contains (be ready for the big technical terms) Methylxanthines, which includes two items of concern; caffeine and theobromine.  Those, in certain amounts, can be toxic to our dogs.

The types of chocolate below are listed from least dangerous to most dangerous:

If your loveable furbaby makes a poor decision like mine, keep in mind that time is of the essence and the sooner you call your veterinary office the better. 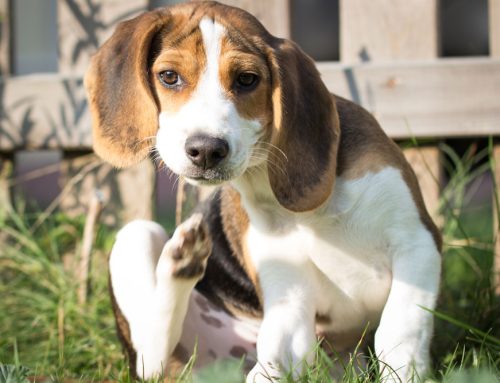 Why is my dog so itchy? 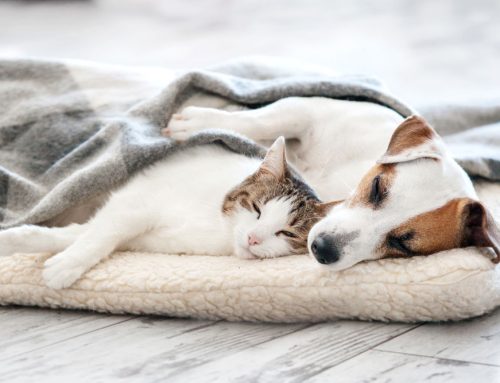 How Much Sleep Do Dogs and Cats Need daily?